What is Cash App?

If we talk about Cash App in easy and simpler terms, it is an application developed for sending and receiving money. This application is completely free and users can create an account on it without any serious effort. There are no document requirements and no lengthy procedures as are done in banks. Signing in on a Cash App application requires a unique username, which is referred to as a $cashtag. This application uses a cutting-edge encryption and fraud detection technology, making it extremely safe and protected.

Also Check Out: Cash App Plus Plus

You can make quick money transactions and you have to associate your Cash App account with your Bank account. You can also order a card for the application, which will arrive within 10 days normally. But with all the advantages, there are some issues too. Scammers are targeting this application a lot and it’s high time you become aware of them all. Read the below article to know more about the Cash App scams.

Who is a Sugar Daddy?

You would have heard this terminology a lot in your daily life and would be wondering its true meaning right? This term is actually used in a negative connotation. Sugar daddies can take advantage of an existing environment. These people are normally the old and rich people of the society, who identify themselves as sugar daddies or mommies. Also, they tend to make use of their money to get any sort of benefit from the other person, normally in the face of a companion. Such people will look out for younger people in the society who don’t have enough money and are not financially strong (normally referred to as sugar babies) and ask them to be their companion.

The sugar babies will give out love and affection to their partners, and in return, the sugar daddy or mommy provides them with money, paying off their debts, or other such financial favors. This method may be okay if performed by loyalty from both sides, however, nowadays many frauds are happening due to this reason which must be considered by users.

Cash App scams are getting more common day by day and sugar daddy scam is one of them. This method involves sending fake funds to the victim’s bank account or Cash App account. Here’s how this works: the sugar daddy, in an attempt to rob the other person, makes the sugar baby believe the fact that they have received a huge sum of money or will be receiving it in future. However, this does not happen in reality.

These sugar daddies then ask the person to send their money back and as soon as you do this, they will block you. Also, if they have sent you some money once, they will be reversing their transactions later, and you will be the one at loss at the end of the day. These types of scams have become very common on the platform and mostly, these scams happen with those people who are already financially disturbed.

Can You Get Scammed on Cash App Sugar Daddy?

One word answer: OFCOURSE! It is definitely possible that you can get scammed by Cash App Sugar Daddy Scheme and become the next prey of such scammers. However, you must be aware of such situations beforehand in order to tackle them in the future. These scammers will offer you large sums of money and start taking care of your financial issues like paying bills etc. They can also, sometimes directly propose you to be your sugar daddy. The victim normally agrees quickly as the scammer normally targets a financially disturbed person already. If not, then they will use every kind of tactic to convince the victim into believing them. They will start sending gifts (normally expensive) to make you like them and will end up scamming you.

So, beware of such scams on Cash App and don’t believe any person who asks you either to become your sugar daddy or any other such stuff.

How Do You Know if Someone is Scamming You?

There are two ways the scammers can get you involved in this: firstly, they will convince you to be your sugar daddy and will start paying you huge sums of money. And then will ask you to send some amount of that cash back. The second one involves the scammer offering you a huge sum of money in exchange for an upfront payment.

Once you send the money in both scenarios, your entire bank account will become empty and you will end up being broke. Yes, dating may be fun in certain cases, but it will be better if you watch out for such scams. You can judge by the following scenarios that you are being scammed:

You will notice that such sugar daddies or scammers won’t have any friends on Facebook, and if they have, the number would be relatively small and those friends will also have fake accounts. These scammers can also sometimes use photos of actual sugar daddies to convince you into believing them. So be suspicious when you encounter such people on Facebook.

Such tricks are very commonly used by scammers to gain the sympathy of other people, mostly women. This tactic proves to be very helpful in attracting the person and making them like you. One of the very common statements is that my job is very dangerous. Sometimes, they also send fake screenshot with the help of fake cash app payment generator, so it’s your duty to check if the screenshot is real or not.

They Ask you for an Instant Cash App Transfer

These scammers would ask you to go to an ATM and withdraw some amount of money for them. Sometimes, they will also ask you to send them a small amount of money by wire transfer. Such requests may seem small and innocent, but in reality, they can prove to be actual red flags and are definitely a scam.

They can Flirt with You

These scammers will normally flatter you with their sweet talk to make you believe them. You will receive messages from the application like someone viewed your profile and you will instantly get a text from them too. You must be aware of such flattery and sweet talks as they will be trying to lure you in their trap.

They will try Avoiding Talks About their Background

People may be good at creating and telling false stories but you can’t remember these false stories every time. Also, they cannot show you any picture of those false events. So they will try to avoid such talks linking to their background story and if they have to answer such questions, they will try to be very vague about it.

They Won’t Meet you in Person

Such fake people would never come to meet you in person or would add you on any other such media platform as they want to get rid of you immediately after scamming you. These scammers can also scam you by saying that they live far away and have tough routines to avoid meeting you and can also say start talking to you for months to make you attracted to them. 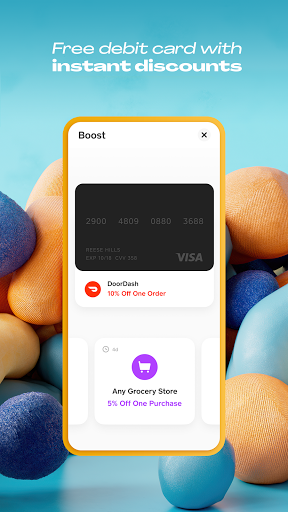